At the Porch, we’re always looking for great team members to help us carry out our mission of serving fresh, local, authentic food with a smile. Whether you’ve got your eye on a culinary future, or just need to make ends meet on your way to your dream career – as long as your ethos matches ours, then The Porch could be the place for you! 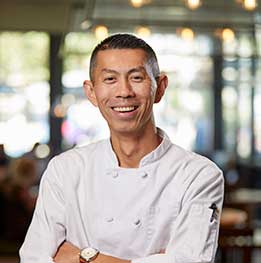 Chef David Lee joined The Porch at Schenley in 2021. Growing up in Malaysia, David initially learned to cook from his grandmother. He began working in restaurants as a teenager, and he attended the Institute of Culinary Education in New York. David moved to Pittsburgh in 2017, serving as executive chef at The Meadows, and now he brings his love of spices with him to The Porch. “Spices open up your palate and allow you to taste the depth of other flavors,” he said. David is most excited to work with The Porch’s team members and partners, learning from those with different backgrounds to ultimately create delicious, scratch made food. 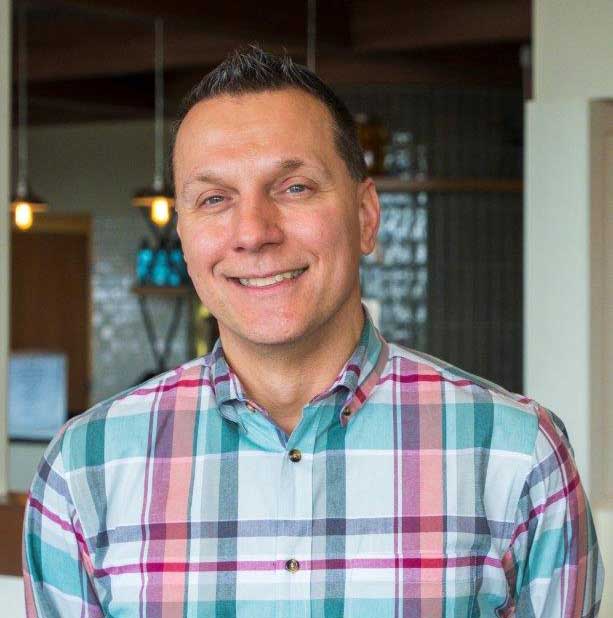 What Mike loves most about his almost 30 years in the hospitality industry is that every day is different. With an affinity for the “hit the ground running” atmosphere that is inherent to managing a restaurant, Mike has created an environment of fun and relaxation for guests, while also harboring a sense of teamwork and camaraderie among employees.  “It’s the people that really make The Porch such a special place.  I’ve gotten to know so many incredible people.”

Careers at the porch

No restaurant experience? No worries. We like to teach people who like to learn. Regardless of your position, we offer our team members a competitive benefits package that is based upon minimum hourly requirements.

No restaurant experience? No worries. We like to teach people who like to learn. Regardless of your position, we offer our team members a competitive benefits package that is based upon minimum hourly requirements.

Prep cooks ensure that we’re delivering on our culinary promises – using the best ingredients to create fresh, authentic meals for our guests.

Hosts and Hostesses create the first and last impression on a guest. From managing the register at lunch to seating guests at dinner, they ensure that the meal starts with a smile.

Share your love of whiskey and wine with guests at the bar; share your creativity with us by suggesting new cocktails for our menu.

Our service expeditors are the backbone of our high service standards. They work with our kitchen and service teams to make sure everyone gets hot, fresh food and drinks exactly they way they ordered them.

At the heart of our dinner experience are our servers, guiding guests through our menu offerings while creating a relaxed, comfortable environment, whether they’re unwinding after a long week or celebrating a special occasion.

Our line cooks are responsible for the quality, quantity and timeliness of food production of our eclectic menu, utilizing fresh-picked herbs, veggies from our own garden, and locally-sourced produce and meats.

For team members seeking a restaurant career, our management training program offers an unbeatable experience. To be eligible, you must have at least 1 year of restaurant or food service experience with a college degree, or 1 year of restaurant or food service supervisory experience. The program is customized to each team member’s background and qualifications – you’re unique, and your training program should be, too!

In addition, our ongoing training classes, online training, and road maps give you the tools you need to continue to advance. 100% of General Managers and District Managers are promoted from within.

It’s critical to us that our managers maintain a healthy work-life balance so our management enjoys one FULL weekend off per month to have fun, rejuvenate, and relax.

Shift supervisors care for our guests while also supporting our management teams. This position can be a jumping-off point for team members with management aspirations. For others, it’s just an opportunity to stretch your abilities and take on new responsibilities.

Eat’n Park Hospitality Group is an equal opportunity employer. Hiring, promotion, transfer, compensation, benefits, discipline, termination and all other employment decisions are made without regard to race, color, religion, sex, age, disability, national origin, ancestry, marital status, veteran status or sexual orientation. Employment opportunities are and shall be open to all qualified applicants solely on the basis of their experience, aptitudes, and their abilities. Advancement is and shall be based entirely on the individual’s achievement, performance, ability, attitude and potential for promotion.